When in Doubt, Don’t Cross

Who has the highest risk to be seriously hurt or killed in a car crash? Pedestrians.

As the New England snow melts and the weather warms, an
increasing number of people will be out and about. After all, it’s that
almost-spring time of year! Although the fresh air is great, the 2015 NHTSA
Traffic Safety reported that a pedestrian was killed every two hours and
injured every seven minutes in traffic crashes.

Just in the month of February, there were several tragic
pedestrian fatalities in Massachusetts.

On February 8, 2018, an elderly man was killed after being struck by a car. The crash occurred at the intersection of Massachusetts Avenue and Newbury Street in Boston. The driver of the car fled the scene but was detained by the police soon after.

On February 10, 2018, Ralph Hawking, a Canton resident, was fatally injured after being struck by a truck while standing on his friend’s driveway on High Street. Responding emergency personnel found Mr. Hawking trapped under the pickup truck.

Also on February 10, 2018,
two close friends, Talia Newfield and Adrienne Garrido, were killed after being
struck by a car while crossing the intersection at Webster and Holland Streets
in Needham.

On February 12, 2018, a man was
seriously injured when he was struck by a car at Derby and Lafayette Streets in
Salem. The driver fled the scene, and emergency personnel found the victim on
the ground unresponsive with a clear head injury.

On February 13, 2018, two teenagers
were struck by a car while crossing Columbus Avenue in Roxbury. Both victims
sustained serious injuries. The operator of the vehicle lost control, struck
the two teenagers, and collided into a utility pole.

As you can see from just a few recent examples, people are struck in intersections, crossing the roadway and even standing in driveways. Drivers and pedestrians alike share the responsibility for safety of themselves and others.

In the summer of 2017, the Massachusetts Department of Transportation launched the safety campaign, “Scan the Street for Wheels and Feet.” This effort is aimed at “highlighting the importance of having motorists, pedestrians, and cyclists be cognizant of each other while sharing the road,” stated Bonnie Polin, MassDOT Highway Division Manager of Highway Safety, in a news release. 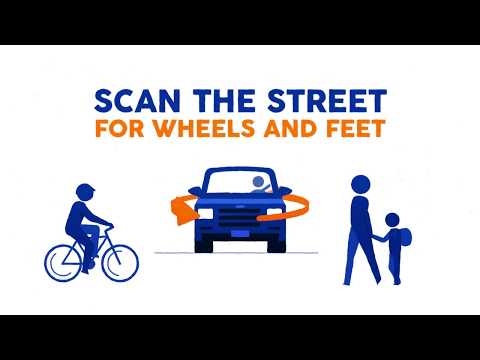 How does someone “come out of nowhere”?

One of the biggest obstacles we face when trying to be
mindful drivers is inattentional blindness, which is also referred to as
perceptual blindness. It explains (but does not justify) those moments where
“they came out of nowhere!”

Staying safe as a pedestrian or a driver

As a pedestrian, we empower you to take charge of your own safety. Here are some ways you can do so:

As a driver, you’re responsible for both your own safety and that of those around you. Here are a few ways to avoid hurting:

SUGARMAN’s attorneys have extensive experience litigating motor vehicle accidents involving pedestrians who have been injured. If you have been injured and you need the guidance of a lawyer, call us at (617) 542-1000, email info@sugarman.com or fill out a Contact Form.